Federal officers signed an agreement Saturday with 5 Indigenous tribes to co-manage Bears Ears Nationwide Monument in Utah, fulfilling a promise made by the Obama administration in 2016.

The landmark transfer will assist protect the huge website in southeastern Utah, dwelling to sacred Indigenous websites and treasured petroglyphs and pictographs, from the form of environmental injury inflicted through the Trump administration. 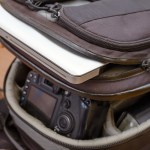 The brand new association was formalized in a ceremony Saturday attended by the Bureau of Land Administration, the US Forest Service, and representatives from the Navajo Nation, the Hopi Tribe, the Ute Mountain Ute Tribe, the Pueblo of Zuni and the Ute Indian Tribe. A brand new signal for the monument was unveiled bearing the tribal nations insignia.

Inside Secretary Deb Haaland mentioned in an announcement that the co-management of Bear Lands represents “what true Tribal co-management ought to appear to be: sharing within the selections and administration plan with federal investments to complement efforts. That is one step in how we honor our nation-to-nation relationships with Tribes.”

Bears Ears has been a supply of pressure for years. In 2015, the 5 tribal nations shaped the Bears Ears Inter-Tribal Coalition in a bid to exert management over their ancestral dwelling.

Then, in 2016, then-president Barack Obama invoked the Antiquities Act, a 1906 stature permitting presidents to designate federal lands as protected monuments primarily based on cultural, historic, or scientific causes, to determine Bears Ears as a nationwide monument. His pledge to switch stewardship of the land to the tribes was not formalized earlier than his administration ended.

The monument grew to become a flashpoint for protests in 2017 after the Trump administration lowered its boundaries by roughly 85% to permit for useful resource extraction—an environmentally traumatizing operation that prompted the World Monuments Fund to listing it as an endangered website.

Tracy Stone-Manning, director of the Bureau of Land Administration, said in a statement that the partnership between the federal authorities and the coalition of tribes is an “necessary step as we transfer ahead collectively to make sure that Tribal experience and conventional views stay on the forefront of our joint decision-making for the Bears Ears Nationwide Monument.”

She added that “one of these true co-management will function a mannequin for our work to honor the nation-to-nation relationship sooner or later.”