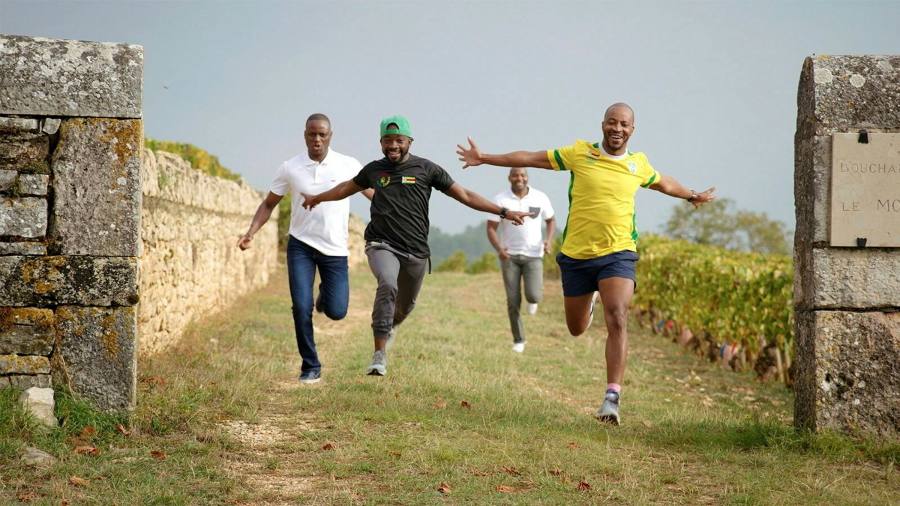 Co-directors Warwick Ross and Rob Coe’s amiable documentary rolls easily down a predictable rags-to-results trajectory. It follows the story of 4 males, all immigrants to South Africa from Zimbabwe, who group as much as compete within the World Blind Tasting Championships in France. Throughout the competitors, groups should attempt to establish the provenance of 12 totally different wines, all the way down to the winery.

Every member of this specific group, whose formation was inspired by an business rightly embarrassed by how white-centric the competitors tends to be, took a distinct path that led to changing into a sommelier. However the males — Joseph Dhafana, Marlvin Gwese, Tinashe Nyamudoka, and Pardon Taguzu — have comparable tales to inform of desperation again in “Zim”, as they name their homeland, and power present in household help and non secular religion. You couldn’t decide a extra healthful, good-looking, audience-friendly quartet. In reality, some viewers may surprise in the event that they’re a bit too good to be true. Shouldn’t even heroes have flaws?

If the movie has a foul man, it’s bombastic blowhard Denis Garret, the French coach who seemingly does a poor job getting them prepared for his or her first competitors in 2015 and picks fights with the competitors’s authorities. However even that’s saved to the sidelines. The movie is just too sweet-natured to spoil its Cinderella story with backstage bitchiness.

In UK cinemas from August 12